I'm not a Runner 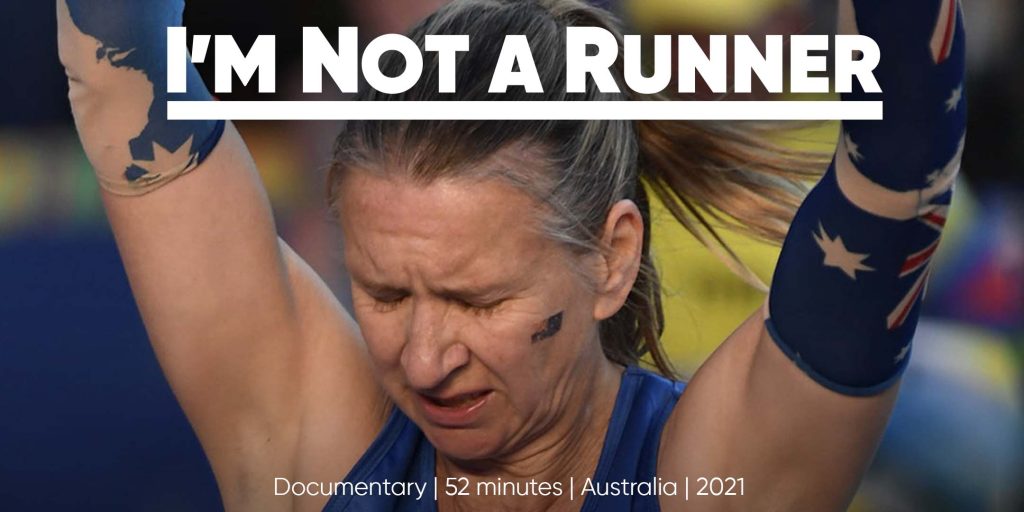 “I can do anything. There are no limits. I will not let anyone else define me.” 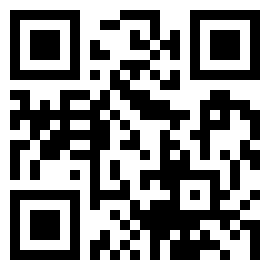 I’m Not a Runner is a film about tenacity, strength and the power of learning to trust and enjoy what your body can do. It’s about facing your deepest fears and learning to celebrate your body and overcome doubts about the way you look and about whether you’re good enough. It’s about five brave women who go from their couches in Adelaide, Australia to take on the TCS New York Marathon.

I’m Not a Runner is the first film that Adventure Time Films has produced.

“This film will remind you anything is possible.” Kelly Roberts
Founder ‘Badass Lady Gang’

“Be prepared to ride the emotional highs, lows and everything in-between with these inspirational women.” Jess Trengrove
Olympic Marathon Runner

“I can do anything. There are no limits. I won’t let anybody else define me.”

Who would argue with any of that? We all know: this is absolutely true.
But women all over the world are asking themselves: if it’s true, why don’t I live like that?
The answer: because maybe, deep down, we don’t always really believe it.

This is the story of five very different women who literally run into the rarely seen or shown truth of their own self-doubt. A journey into the very heart of their own limitations to find who and what might be waiting if they can come out the other side and perhaps change their story and challenge who they and everyone else think they are.
In New York they will stand, far from home, on the starting line of the world’s biggest marathon, to take on one of the most extreme physical challenges, under extreme public scrutiny.

If you asked them to describe themselves, they’d give you all sorts of answers – I’m a mum. I’m a police officer. I’m a businesswoman. I’m a grandmother.
But there’s one thing they’d all say. Even as they lean forward, waiting for the starter’s gun:
I’m Not a Runner
This is their story.
A woman struggling after having her second child, pulls out some old trainers and goes for a run just before dawn. She hasn’t gone far when an anonymous voice shouts at her, ‘Give it up Jigalong’, and the voice continues, laughing at her. She’s left standing on the street. Outrageous! For a split second she feels humiliated…perhaps she is ridiculous; she should go home and never try again but looking at the suburban homes around her, she wonders – who else feels like that? Who else is stuck behind those doors?
That woman is Anna Liptak.

She came home from that run and wrote up a simple flyer asking other women if they felt the same. Within a few weeks, Anna was training women in the streets and parks around Adelaide. Women had left the comfort of their couch to run with her.

Within that group of brave women was a panorama of the private struggle that women in our time face: divorce and tricky marriages, cancer, aging, obesity, depression and immense self-doubt. Many of these women would be easily classified as ‘successful’ i.e., lawyers, police officers, school principals and had raised or were raising armies of children, but every one of them, however much they’d survived or achieved, was carrying some doubt about who they really were and what they could do.

A patchwork portrait of the dilemma of women around the world – mystified by why we still don’t live the fullest versions of who they can be and knowing that so much of what holds all of us back, sits in the back of our own mind, working its way on self-shaming our own strong bodies and how we feel.

Now 60 of those bodies were out running the streets of Adelaide. These women weren’t running away from their challenges, they were just running. They found they could do this thing that they thought they could not do, they got fitter, they got stronger, and something inside them began to change.
In November 2018 Anna challenged 60 of them to run the TCS New York Marathon with her. Only a few of them had ever run a marathon before. For all the rest, this would be their first attempt.
In a marathon, nothing is certain, there is nowhere to hide.

You can never be completely sure your body will handle the extreme experience of running 42 km and along the way all, the things that sent you running in the first place will come to the surface, being your deepest fears and the truest dreams.
We follow this day of a lifetime with Anna and some of the ordinary and utterly extraordinary women running it with her. Hearing in their footsteps the true stories that have led them to New York, and seeing the layers of doubt rise up and finally away.
Some will surge through the finish line; some will finish late at night on the pavement long after the streets have been reopened and the race is officially over, but no one will be the same

Marika Yacoub was 53 years old when she took on the New York Marathon. She is a police officer and mother of five. When Marika’s husband left her, she had five young children and was working a part-time job. She was at the crossroads. Marika knew she had to make a choice between wallowing in self-pity or getting on with her life. While it was hard, with many ups and downs, she chose the latter. Marika’s road to New York faced financial, mental and significant physical hurdles just to get to the start line – overcoming a full knee construction just 12 months before the race.

Namaaraalee Braun is a proud Aboriginal woman who has three children aged 15, 12, and 9 and has a husband Pete 43. Namaaraalee is an Aboriginal Family Practitioner working in a parenting program in Adelaide supporting first time mothers antenatally and in the months after they’ve had their child. At 37 years old, Namaaraalee realised she had put the last decade into her family and neglected herself. She then made the decision to get up off the couch and get back into exercise, something she had not done in 20 years.

Ann Collins was 53 years’ old at the time of the marathon. Ann turned to exercise at a particularly challenging time in her life, to try and help her deal with depression. Through running she found a supportive community that has introduced her to many new friends and adventures. Having committed to a year of ‘yes’, especially to things outside her comfort zone, when the opportunity to do the TCS New York Marathon arose, initially she said ‘No’, a number of times.  When asked a third time, she finally honoured the ‘year of YES!’ and took the leap.  She does, however, continue to question the sanity of committing to not only running 42.2km, but the work required to get there.  In the final lead up, the long runs also provided a space to process the shock and grief of the sudden death of her beloved niece shortly before the marathon.

At 73, Margaret Liptak is a retired Rehabilitation Councillor. She is a cancer survivor, having battled breast cancer in 2014. She is a mother of four and grandmother to 10 children. Margaret has been going to her daughter’s fitness classes on and off for 10 years. For Margaret it’s an important part of keeping her in a positive frame of mind. Margaret viewed New York as her first and last chance to run a marathon.

Jodie Hamilton at 50 needed a challenge to get her motivation back, and running the TCS New York City Marathon fitted the bill. Jodie is married to Andrew, who joined her in the New York quest. She also has three children who at the time of the marathon were aged 23, 21 and 19. For Jodie, doing a marathon was about doing something for herself and silencing the “self-critical voices” in her head.

Anna is 47 years old and has run her own fitness business, His and Her Time Health and Fitness, for over 15 years in South Australia. Anna started her business as a young mother of two children who wanted to find the right balance between having a career and supporting her children. She is a deep believer is helping people, particularly women, to develop a stronger sense of self, through exercise, often surprising themselves with what they can achieve. Anna has trained hundreds of people to achieve goals that they never dreamed possible, many of whom have gone from 0 to 42.2 in 12 months. (0 to 42.2 in 12). Anna is totally passionate and completely committed to inspiring others to improve their fitness, particularly helping, encouraging and motivating people to change their story, not listen to their inner critic and block their ears to the people who tell them that they can’t. Anna has taken clients all over the world, through her other business, Adventure Time Travel (ATT) to participate in some of the biggest marathons in the world and in this time, she has run over 30 marathons, 50 half marathons and many other running events.

For more information on Anna and the programs that she offers go to www.annaliptak.com

Johnny has worked primarily in television as a producer across range of programming. His speciality is comedy producing where he has had a major influence across a number of highly popular, long running and successful programs. I’m Not a Runner marks his debut as a documentary Director.

James Wakelin is an experienced journalist and content creator from Adelaide.  He has worked in newspapers and television for more than 20 years having started at the Adelaide Advertiser in 1997. The 49-year-old has worked for Channel 9 Darwin and Adelaide as well for Channel 10 in Melbourne and Adelaide. James is a passionate storyteller who has covered all facets of news from the Beaconsfield Mine Collapse to the rise and fall of Governments.  James has spent the last five years creating news feature programs and stories for Nine News in Adelaide, as well as working as a Chief of Staff and Executive Producer before recently going into full-time Content Creation in the renewables’ sector with the innovative solar company SolarQuotes. The passionate runner jumped at the opportunity to work with Anna Liptak on the I’m Not a Runner project because of the wonderful stories of the women involved and their willingness to be vulnerable in the hope of inspiring others.

Jordan is a full time Video Producer based in Adelaide, his hometown. Always on the lookout to pursue and further his video production skills. Jordan is a keen and passionate traveller / adventurer, taking his camera to the most remote places in Australia and multiple countries around the globe.

David has been the editor a diverse range of projects, both in Adelaide and interstate. From television series (Neighbours, Bony, Beyond 2000, My Restaurant Rules, Croc College, The Lost Tools of Henry Hoke); to documentary (The Cause of Mary MacKillop, Sacred Journey, The Last Whale, Ayen’s Cooking School for African Men, The Love Market, Sons & Mothers, Buckskin). David has edited award winning drama short films (Love from Guy, Moustache), the feature documentary Damn Right I’m a Cowboy(2003) and Sons and Mothers (which premiered at the 2013 Adelaide International Film Festival) and the features A Second Chance and, most recently Touch (world premiere Sydney Film Festival 2014).